More and more, we are hearing that there is an attack or an assault on masculinity. While I don’t believe that’s necessarily true, my guest today, Ted Ryce, shares with us why modern society is not the environment where a masculine male thrives.

We talk about what has changed in the world and in men, and what we need to do as guys to balance between the natural and modern man.

“I want people to live legendary lives, to win at life, and to be successful.” Tweet That— Ted Ryce 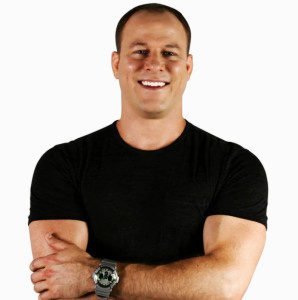 He has overcome some huge adversities in his life to get to where he is as a personal fitness trainer and host of the Legendary Life Podcast.

Ted has spend the last 16 years experimenting with exercise, nutrition, supplementation, and methods for what works and what doesn’t.

He has a passion for helping men build muscle, lose fat, develop more confidence, and go after what they want in life. You’ll hear that passion in the show today.

“In this day and age being real, authentic, and vulnerable is a way to power.” Tweet That— Ted Ryce

“If you want to be successful in modern life you have to find balance for yourself.” Tweet That— Ted Ryce

“Be collaborators and get away from the wiring that has us feel threatened by other men.” Tweet That— Ted Ryce